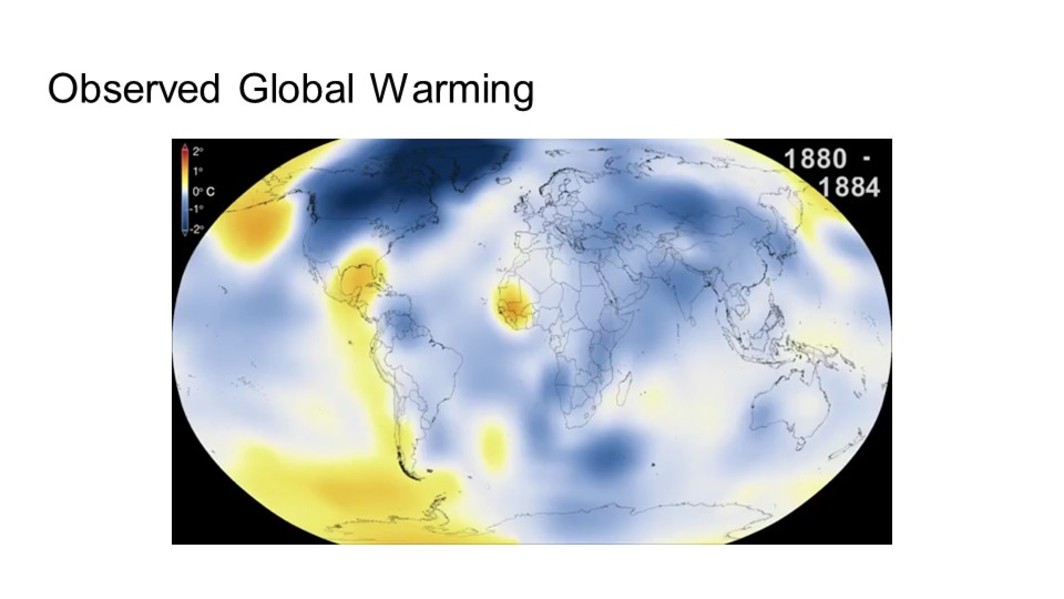 With the exception of 1998, the 10 warmest years in the 134-year record have all occurred since 2000, with 2010 and 2005 ranking as the warmest years on record. Earth continues to be hotter than it was several decades ago.

Video can be accessed from the powerpoint presentation